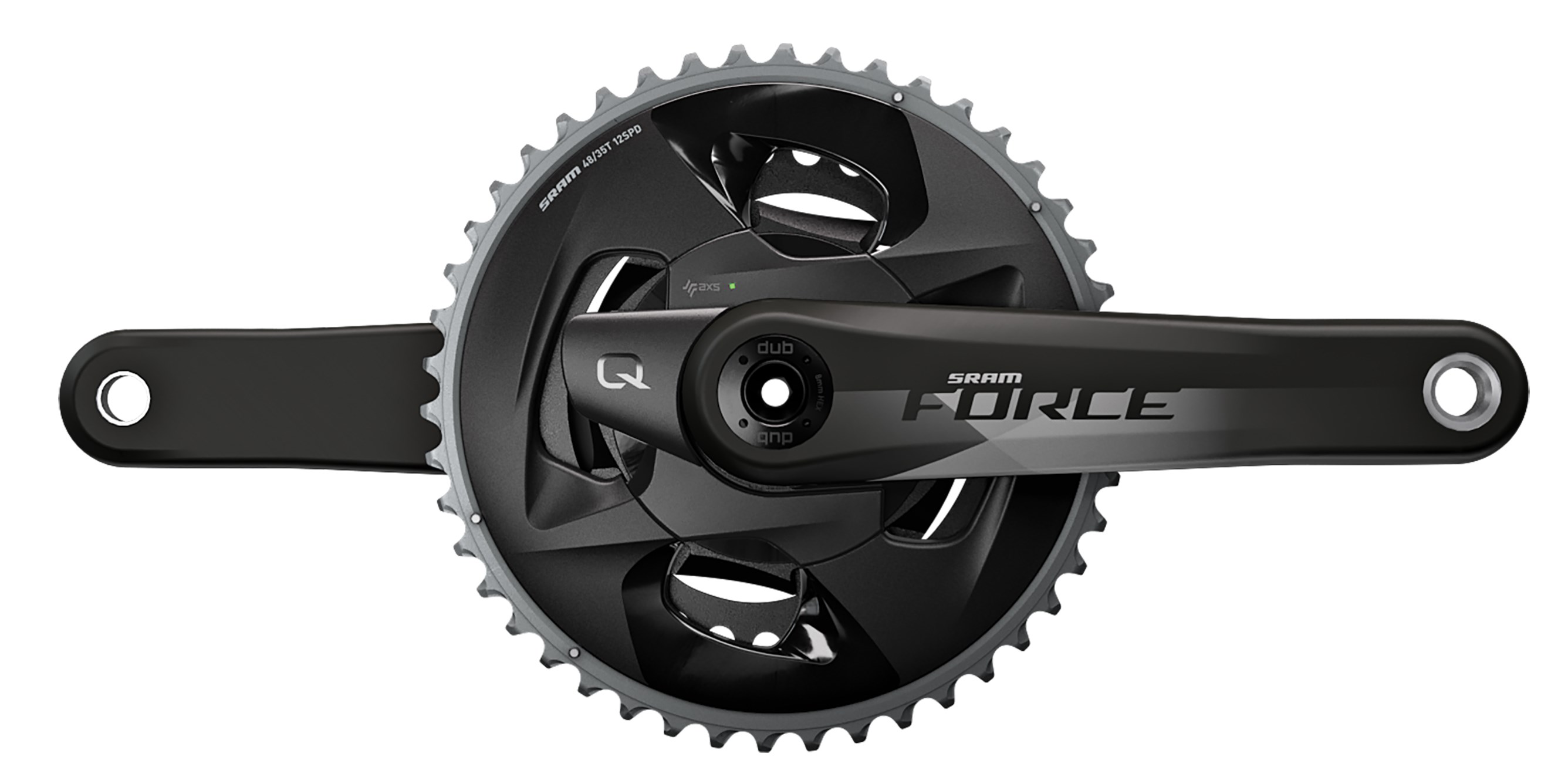 In order to design a better product, sometimes you have to let tradition go. The SRAM Force AXS™ power meter is a prime example. By moving the range from the front of the drivetrain to the back and creating a consistent 13-tooth gap across all variants of chainring duos, we were able to improve shifting performance and give riders the gearing they truly want and need. Designed specifically for electronic shifting and featuring Quarq’s premier DZero™ power measurement technology, the SRAM Force AXS™ power meter is a huge step forward in power meter design.

The relationship between bottom bracket spindle and bearing is the core of DUB™ technology. It’s where stiffness meets durability. We took it a step beyond conventional thinking and made everything simpler—better integrating the relationship between chainring, crank, spindle and bottom bracket. It’s this approach to developing a complete system that equals better drivetrain performance.

Quarq’s next-generation DZero™ power meter platform is named for the D0 Experiment, one of science’s most accurate and innovative projects to detect subatomic particles moving at the speed of light. With a new measurement circuit, a revised strain gauge design, improved accuracy throughout the pedal stroke, and software advances, DZero™ represents the state of the art in power meter technology.

Road bikes are faster and more capable than ever before, and riders are expanding what’s possible with drop bar bikes. X-Range™ is gearing for today’s road riding. We completely reimagined road gearing for wider range, more useful and smoother gear progression, as well as smarter shift settings—enabled by AXS™. With X-Range™, you’re always in the right gear.

A detailed look at handmade custom bikes and the creators who made them.