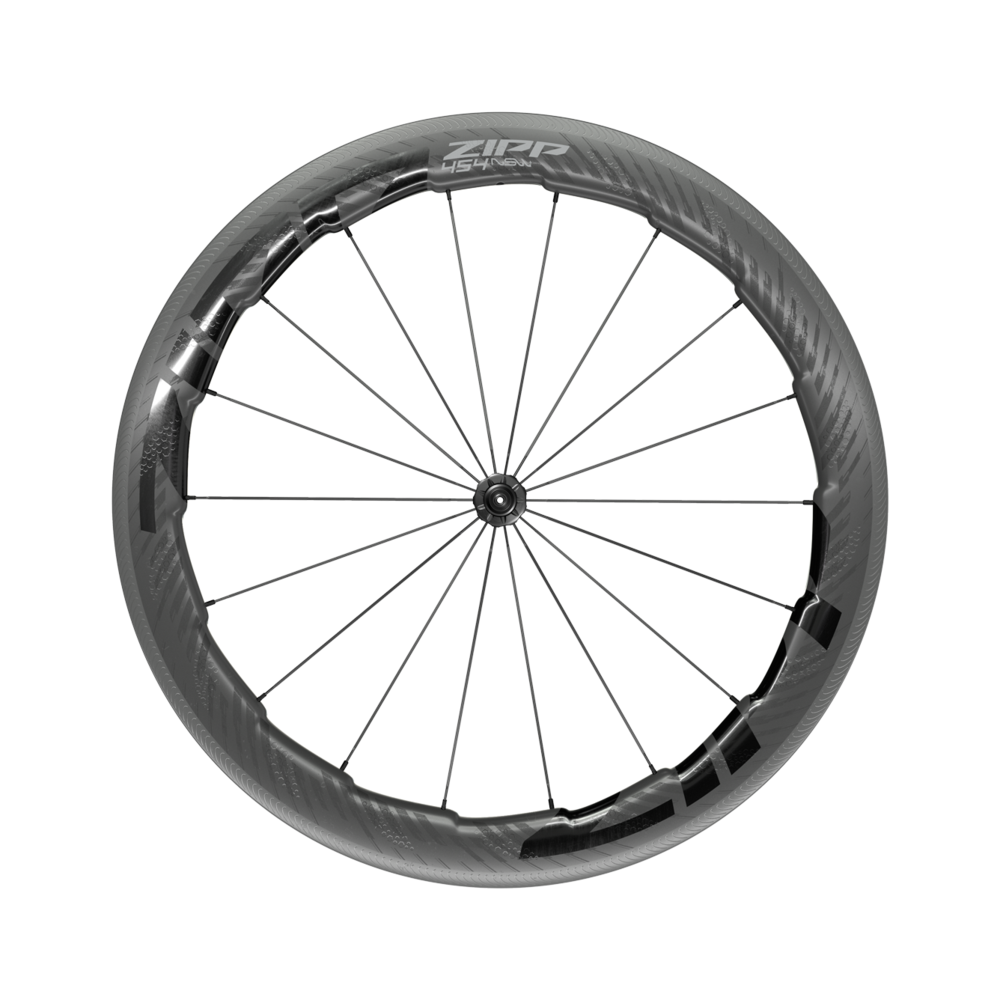 _Our team is experiencing extended lead times due to high volume and precautions taken to protect our employees from COVID-19. Please allow additional time for shipment processing. Thank you!

Our top road pros demanded we offer the revolutionary Zipp 454 NSW as a Tubular, so we made it just for them… and for you! The 454 NSW Tubular Rim brake brings together the advanced aerodynamics and stability of its biomimicry-derived Sawtooth™ rim profile with the time-proven ride qualities of riding tubulars. Utilizing the principles of the emerging science of biomimicry, Zipp engineers studied the environment around them for instances of how nature achieved speed, control, and efficiency. A humpback whale’s fast and graceful movements are aided by tubercles on its pectoral fins. These structures inspired Zipp advanced development engineers to, for the first time, systematically apply biomimicry to solve the complex challenge of designing a wheel, with the undulating Hyperfoil™ nodes, that reduces both aerodynamic drag and side force.

Our industry leading silicon carbide Showstopper brake track continues to evolve and improve, providing unmatched stopping power and modulation regardless of weather conditions or the length of the descent.

Zipp’s Sawtooth dimple design consists of 12 nodes that are specifically clocked to start aerodynamic shearing at a rate of 50hz at a rider speed of 20mph. Sawtooth accomplishes this by inducing small sheet vortices that shed at a low magnitude, but at a higher natural frequency, thus decreasing the laminar bubble effect on the aerodynamically shielded side of the rim’s profile to further reduce high yaw drag and improve crosswind stability.

We’ve employed Zipp’s ImPress graphics technology, which prints graphics directly on the wheel, to help allow the dimples to do what they were design to do – help control vortex shedding, the rate at which air sheds off the wheel. Managing this is crucial to stability. ImPress graphics also give 808 NSW a distinctive stealthy look.

Zipp’s sole mission is to help you go faster. That's why our wheels are race-ready before they're camera-ready. For years, Zipp has used a combination of testing methods – wind tunnel, CFD computer simulations, pro athlete evaluations, on-road testing, and the RollingRoad ride simulator – to refine aero performance to new levels of excellence. Over the decades of innovation, our engineers have learned to look beyond just focusing on simply reducing aero drag. Instead, the goal now is to reduce aero drag while also minimizing the effects of crosswinds on handling. This optimizing of aero efficiency and crosswind stability became known internally at Zipp as AeroBalance. The approach began with Firecrest technology and has been advanced with the introduction of the NSW lineup, especially with the Sawtooth technology found in the 454 and 858 NSW. Sawtooth accomplishes this with a series of patented fin-shaped Hyperfoil nodes along the inner diameter of the rim that work together with our new HexFin ABLC dimples for improved airflow.

Approved rim brake pads for use with our carbon clinchers or tubular wheelsets. 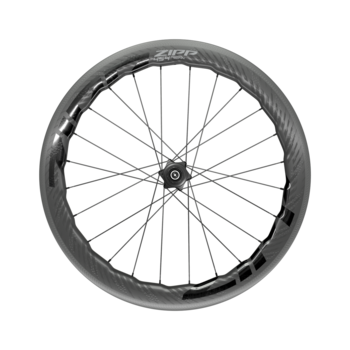